Why Eat Breakfast at McDonald’s? It’s the Stories.

A woman wearing heals, a black sport coat, no skirt, but lime green undies, and rocking three curlers in her hair that have unrolled and bob at the end of her locks, threatening to break loose and scatter on the floor like the bobbie pins from Witch Hazel of Warner Bros cartoons, bursts through the door at a trot and hollers “Where’s the bathroom?” She comes to a halt directly beind the mid point of the counter and repeats her query, more loudly and urgent this time. Two stunned customers thrust their fingers in the air, providing direction, and she hurridely trots off. A few minutes later she returns to the counter, now donning a skirt that matches her sport, I note that and though she still has the curlers dangling, the image she projects is starkly different. She appears to be headed toward work. She stops again at the counter and asks the person working the counter for something. There is less distress in her voice, but she has not fully recovered from her crisis. When the McDonald’s employee looks at her blankly, she thrusts her right hand in the air, revealing that she has the lime green undies clutched therein, and states: “A bag. Can I have a bag?” The employee reaches under the counter and hands her a bag. The woman adroitly stuffs the undies in the bag as she strides, head held high, out the door. 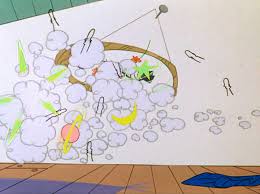 I am a political science professor who also contributes to Political Violence @ a Glance and sometimes to Mobilizing Ideas . Twitter: @WilHMoo
View all posts by Will H. Moore →
This entry was posted in Uncategorized and tagged Curiosities, people of walmart, What people do. Bookmark the permalink.